Are your brain cells Trigger Happy?

Do scents, sounds, or movements really annoy you? Are you finding it harder to think?  Does your brain just get tired?

I attended Dr. Datis Kharrazian’s PhD master class on neuroinflammation a few weeks ago and had planned on writing about how our brain cells get way too overactive and become too sensitive. Then, I got an email where he wrote about the same thing,  so I won’t even try.  Here it is in its entirety:

The neurons in our brains communicate by discharging small messenger chemicals called neurotransmitters, such as serotonin and dopamine. Each neuron has an energy threshold, defined as the amount of input needed to cause it to act.

When a neuron is at rest (which is not often), it has what is called a resting membrane potential that determines how close it is to threshold, or in other words, how little or how much stimulation will cause it to fire.

If a neuron’s resting membrane potential is far from threshold, a great deal of input is required to make it fire. If it’s close to threshold, it fires much too easily.

Neurons also adhere to the all-or-none principle: They either respond completely or not at all. If a neuron is far from threshold it may never get enough input to fire. For example, the human brain is not stimulated to threshold by the frequency of a dog whistle, so the sound does not stimulate our hearing pathways as it does in a dog.

Unfortunately, many people’s neurons do not get enough oxygen, glucose, or stimulation. This causes them to degenerate and move either too far from or too close to threshold.

Being far from threshold is less common, such as someone who needs to turn the volume ever-higher on their iPod in order to hear music.

What I see most often in my clinic are patients whose neurons are too close to threshold. Any type of stimulation fatigues them, and symptoms of neurodegeneration develop.

One good example is tinnitus, that annoying constant ringing in the ears. Many factors can cause tinnitus, but neurons that are close to threshold are one explanation—the auditory neurons are so easily triggered they process noise that isn’t even there.

How do we deal with this problem? While one might think avoiding the stimulus—in this case, noise—would be the best option, that’s not always true.

For example, some people with tinnitus can bring the neurons back to balance by using a hearing aid. The hearing aid actually acts as a form a normalizing therapy for touchy neurons by gently stimulating and exercising them back to normal reactivity. As they strengthen, the resting membrane potential is no longer close to threshold, and they no longer fire in the absence of sound.

Another example is sensitivity to smells. A patient of mine suffered from incontinence and day-long migraines when she smelled certain scents; simply walking past the perfume counter at the store was a trigger.

Her neurons responsible for processing smell had degenerated and fatigued to the point that any input overwhelmed them and caused them to fire when they shouldn’t.

Resting membrane potential explains why some chronically ill patients are overly sensitive to certain inputs such as strong scents, bright or flashing lights, or loud sounds. It can also explain intolerance to many foods and supplements.

So many of their neurons are so close to threshold that any stimulation at all fatigues them and symptoms of neurodegeneration develop. When the neurons fatigue, so does the body. For many of my patients, getting to the root of brain dysfunction is the key to relieving chronic exhaustion.

This site uses Akismet to reduce spam. Learn how your comment data is processed.

Sorry, we have not be keeping up with our blog. Instead, please find the latest on our social media pages. Thanks for checking in!

What is the best diet for me?

There is not one “right” diet for everyone. I may have an issue with dairy, while you are just fine drinking milk. I might need

A paper released in the January 2021 edition in Frontiers in Autoimmunity, tested the autoimmune response to COVID-19 on 55 target tissues and organs. They found that “SARS-CoV-2

Read More »
PrevPreviousAre you waking up Wrong?
NextWhat is one of the most important things we need to do to improve our health?Next
Related Posts

Sorry, we have not be keeping up with our blog. Instead, please find the latest on our social media pages. Thanks for checking in!

What is the best diet for me?

There is not one “right” diet for everyone. I may have an issue with dairy, while you are just fine drinking milk. I might need to eat a more “fat” focused diet, whereas you may do better with more

A paper released in the January 2021 edition in Frontiers in Autoimmunity, tested the autoimmune response to COVID-19 on 55 target tissues and organs. They found that “SARS-CoV-2 antibodies had reactions with 28 out of 55 tissue antigens, representing a diversity of 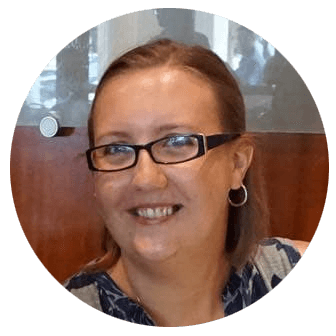